Main
About Us
Drops
Marketplace
Help
Blog
Community
Back to Posts 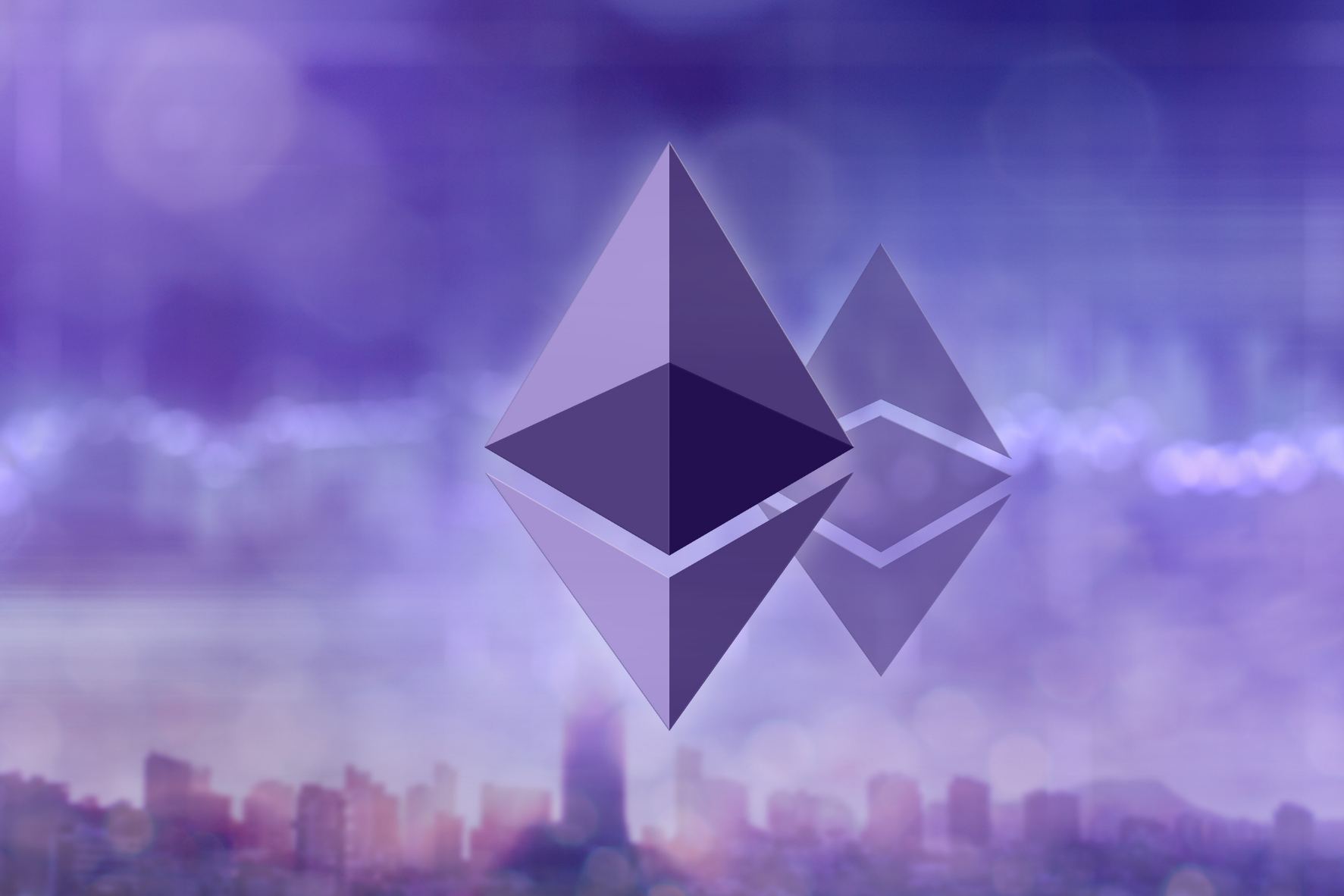 So, what’s new about Ethereum these days?

The ETH 2.0 launch date, also known as Serenity – originally planned for a 2019 release – has been pushed back to June 2022 as a security measure to consolidate code and protect the network from malicious attacks.

The Ethereum organization says the upgrade will make the crypto “more scalable, more secure, and more sustainable”. The changes are being built by teams “from across the Ethereum ecosystem”.
Source: Darius McQuaid, ETH 2.0: What’s happened so far and when is the next phase?

Since there cannot be an Ethereum 2.0 without an Ethereum 1.0, let’s take a quick walk down memory lane to bring you up to speed with some facts about Ethereum, shall we?

Conceived in 2013 by programmer Vitalik Buterin to decentralize applications (or dapps) including decentralized finance (or DeFi), Ethereum is the second-largest cryptocurrency by market capitalization, after Bitcoin. It is also known as the most popular “Altcoin” (alternative coin) to trade in.

“There are over 17,000 types of cryptocurrencies as of February 2022, reported by price-tracking website CoinMarketCap. Bitcoin makes up nearly half of the total crypto market cap, and Ethereum makes up ​​nearly a quarter”.

Source: Megan DeMatteo, There Are Thousands of Different Altcoins. Here’s Why Crypto Investors Should Pass on Most of Them 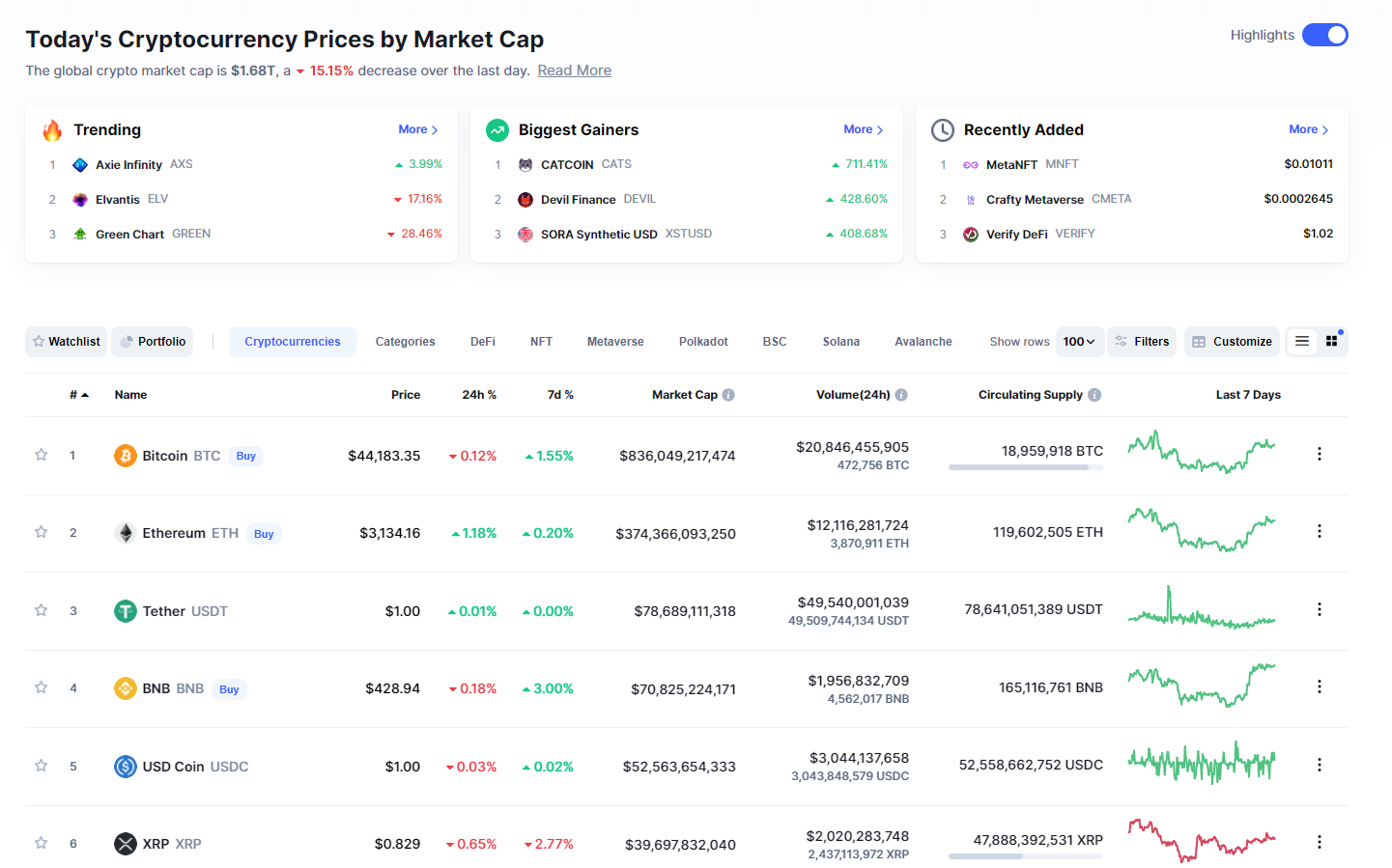 More than just a crypto platform

Ethereum is more than just a cryptocurrency platform, it is also a programming tool that allows developers and users to create their own digital assets within the network. It is an open source platform to write and distribute decentralized applications (dapps).

Perceiving Ethereum as simply another cryptocurrency is ignorance. Its role surpasses that of the average Altcoin. It is an entire platform that supports decentralized applications, and it has its tokens. What’s more interesting is that it allows developers and users to issue their own digital items within the network. For clarity, Ethereum is a crypto platform and a programming tool.

Source: What is Ethereum? 10 Interesting Facts About It

Popular among tech giants and banks

Ethereum is a popular cryptocurrency among IT companies (especially for gaming, music, entertainment) and financial institutions (decentralized finance or DeFi).

Bitcoin has been around longer than Ethereum. One would think that it would be the first to receive acceptance from financial institutions and corporations. However, banks have favored Ethereum and shown great support for it. Recently, a startup, R3, in the Ethereum platform was used to troubleshoot a blockchain problem in the presence of renowned tech companies. What better way to earn the trust of financial institutions than through smart contracts? Approximately, 84 financial institutions support the R3 project.

Source: What is Ethereum? 10 Interesting Facts About It

Ether (ETH) is the native token or virtual coin of Ethereum.

Ethereum, like Bitcoin, is an open source project that is not owned or operated by a single individual. Anyone with an internet connection can run an Ethereum node or interact with the network. However, Ethereum differs from Bitcoin in its ability to build and execute smart contracts. Smart contracts enable a vast ecosystem of applications on Ethereum, such as stablecoins (which are pegged to the dollar by smart contract), decentralized finance apps (collectively known as DeFi), and other decentralized apps (or dapps).

How Ether’s price has grown

The Limitations of Ethereum 1.0

Despite these tremendous achievements, Ethereum 1.0 faced network congestion and scalability issues because it is built on the energy - hungry and environmentally unfriendly consensus mechanism called “Proof of Work” (PoW).

Being aware of the massive carbon footprint it is already making, Ethereum announced plans to cut down its absurd energy consumption by 99 percent back in 2019.

Source: xtingles, Are NFTs Bad for the Environment?

As a result of Ethereum 1.0's shortcomings, Ethereum is transitioning to the more eco-friendly Proof of Stake.

The Ethereum organization says the upgrade will make the crypto “more scalable, more secure, and more sustainable”. The changes are being built by teams “first rom across the Ethereum ecosystem”.

Source: Darius Mcquaid, ETH 2.0: What’s happened so far and when is the next phase?

According to currency.com, there are 3 parts to Ethereum’s upgrade namely, “The Beacon Chain, The Merge and Shard chains.”

The Beacon Chain, which brings PoS to Ethereum, went live on 1 December 2021. It is not yet incorporated into the mainnet and will run in parallel until the transition, or Merge, takes place in the second quarter of 2022. Meanwhile Shard chains will expand Ethereum’s capacity to process transactions and store data, and the Shard chains should ship sometime in 2023.

Benefits of the Upgrade

ETH 2.0’s lowered costs and higher speed will allow more types of Defi transactions to be possible and give opportunities to new and different kinds of Security Tokens, NFTs, and other Distributed Finance applications that did not make economic sense with ETH 1.0.

ETH 2.0 will also allow for more complex and cheaper smart contracts using zero knowledge rollups and optimistic rollups.  With rollups, all transaction data gets bundled and made available on Ethereum in a cheaper way than it would be using regular blockchain-based transactions.  The entailed computation load of rollups is done off-chain, further increasing throughput and transactional cost-efficiency.

Sharding will democratize the Network, eventually enabling ordinary users to operate Ethereum on a personal device.  Increasing network participants will further decentralize the blockchain.  The issuance of ETH will decrease as well; ETH co-founder Vitalik Buterin has said that under ETH 2.0 new token issuance should be between 100,000 and 2 million a year, down from its current 4.7million a year, potentially increasing coin demand.

Source: What’s Ethereum 2.0, and What does it mean for ETH?

Ethereum and NFTs - Use cases

NFTs (Non-fungible tokens) are digital tokens used to buy and sell digital assets. They can be used to represent ownership of any unique asset which means at any given time, an asset can only have one official owner.

Even more intriguing is the fact that most NFTs run on the Ethereum blockchain and are safeguarded by it.

Ethereum makes it possible for NFTs to work for a number of reasons:

Ethereum’s blockchain is able to offer security, reliability, and borderless accessibility to NFTs through smart contracts and with this upgrade it is believed that things will only get better.

The road to a faster, cost-effective, secure, more reliable, and environmentally friendly Eth 2.0 is still long, but it has begun.

It is only hoped that this long awaited transition of Ethereum from Proof of Work (PoW) to Proof of Stake (PoS) will arrive soon enough as it has been announced (second quarter of 2022).

If this update is successful, the lower rates it would bring to the network will make it more accessible to everyday customers.